Share a memory
Obituary & Services
Tribute Wall
Read more about the life story of David Raymond and share your memory.

“Joe” as he was affectionately called, graduated from Ebenezer High School, in Dalzell, SC and later received an Associate Degree in Data Processing from Palmer Business College in Columbia, SC, and a Bachelor of Arts Degree in Business Administration from Allen University, Columbia, SC.

David attended High Hill AME Church at an early age, where he gave his life to Christ.  He joined Francis Burns United Methodist Church after getting married to Mrs. Ella Davis-Hunter on June 30, 1973, and had two beautiful children, Jonaka and David Jr. the love of his heart.

He was actively a part of the Allen University Alumni and Ebenezer High School Alumni Class of 1968.

Mr. Hunter had an extensive career at several commercial banks to include:  First Nation Bank, Wachovia Bank for a period of 23 years in Data processing before joining the insurance industry, Blue Cross Blue Shield of South Carolina where he worked for 20 years.  At the time of his retirement from Blue Cross he was Solution Systems Designer.

David served his country faithfully by serving in the Army Reserves for 23 years, after a two-year tour of active duty from 1970-1972 in Europe.  He enlisted into the Army Reserves in 1974 and retired in 1995 as a Master Sergeant. He was a member of the American Legion Post 215 and a Lifetime Member of Post 4262. He received several awards while serving in the military to name a few:  The Good Conduct Medal, Army Achievement Medal, Army Commendation Medal, Army Services Ribbon, Overseas Service Ribbon, and Army Reserve Components Achievement Medal.

David Raymond Hunter was a very special person who loved people and enjoyed helping others and expecting nothing in return.  He loved his family and proved it by sharing his earnings, labor, time, and wisdom from family generations.

His memory will be cherished by his loving and devoted wife, Ella M. Hunter; his children, Jonaka (Kenya) Hunter-Young of Simpsonville SC; David L. Hunter of Columbia SC; two grandchildren, Jacob and Kailyn; three brothers, Stanley (Vanessa) Hunter of Irmo, SC; Eric Hunter of Charlotte, NC; Darryl Hunter, of Horatio, SC; one sister, Janie R. (Thomas) Armstrong  of Windsor, CT; and one loving aunt, Hazel Nelson of Egg Harbor, NJ; and host of loving nieces, nephews, brothers and sisters-in-law, and other loving relatives and dear friends, all of whom join the family in sharing the grief caused by his departure. 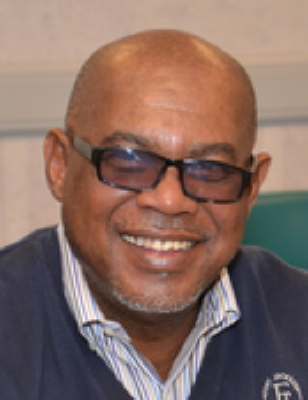